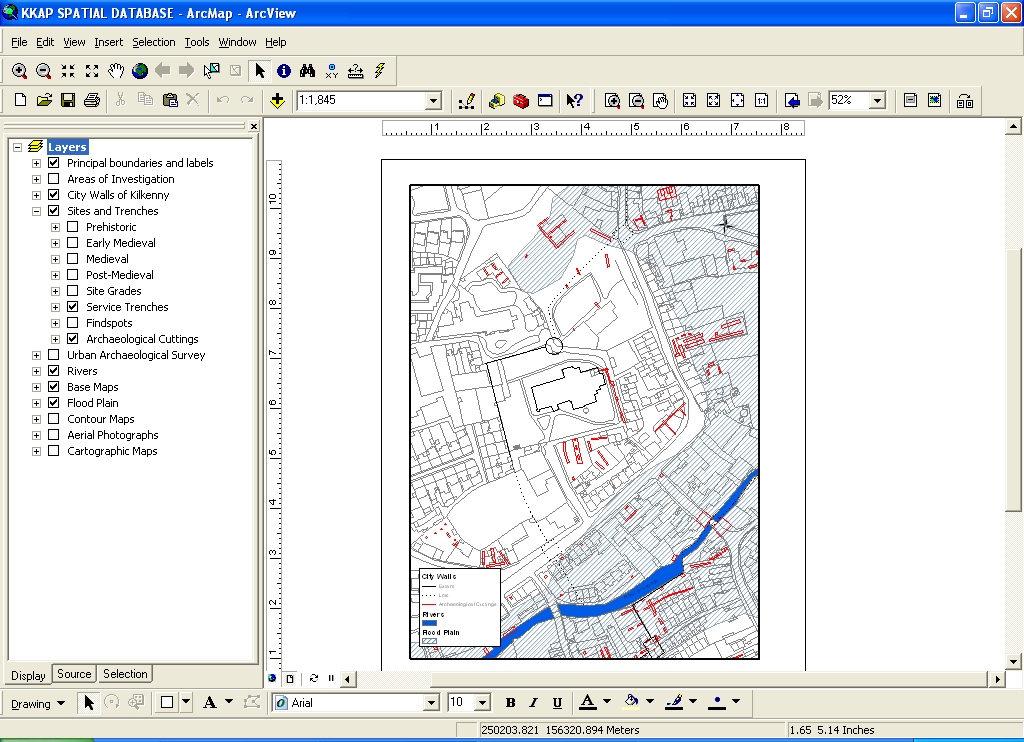 The first major undertaking for KKAP was the collation onto a specifically designed database – The Kilkenny Urban Archaeology Database – of each archaeological recording episode that occurred in the city between the seventeenth century and 2006. To date 429 individual entries have been included, 212 of which relate to archaeological investigations that took place between 1968-2006. The remainder are historically recorded findspots, listed buildings and Urban Archaeological Survey data. Information on the corpus of c.37,000 artefacts, 1,300 human skeletons and the excavated palaeobotanical material is also included. The database now provides easy access to original documentary material such as site reports, photographs, journal publications and a host of relevant records, all of which have been scanned into the database as PDF files. The location of each database entry has also been plotted in a Geographical Information System and there now exists comprehensive mapping of the city’s archaeology, to the level of each cutting that has been opened.